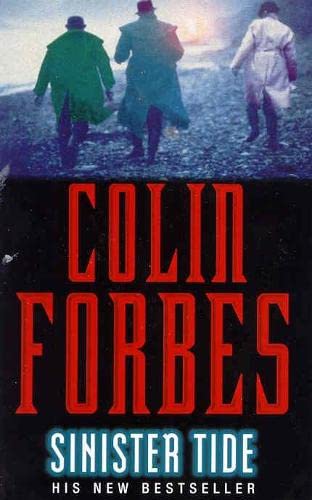 The wave of the future confronts Tweed - carrying death for at least a hundred million people. With Paula Grey and Bob Newman, Tweed tracks the creator of the supreme weapon, Dr Goslar. Identity unknown - man or woman? The trail leads from the coast north of Dartmoor to London. Two mysterious women appear - Serena Cavendish, then Trudy Warner, just arrived from the US. Can Tweed trust either? Captain Alan Burgoyne, Gulf War veteran, joins Tweed`s team. The Yellow Man surfaces - the most savage assassin Tweed has ever encountered. The pursuit of Goslar moves to Paris. Tweed has many enemies - the French security services, a `non-existent` American unit, the rival British Special Brand - all determined to seize the weapon. From Paris, Tweed, always under threat, races to Geneva, on to Annecy. Goslar`s base is still unknown. He is close to delivering the weapon to the West`s mose fanatical opponent. Is Tweed too late? A crescendo climax explodes in remote snowbound mountains. For pace, for intriguing characters, Forbes has created his most atmospheric novel yet.

These audiobooks from Macmillan UK offer abridged readings of some of the world's most popular authors. Handsomely packaged, they feature readings by eminent actors of the stage and screen, including James Fox, Martin Shaw, Tim Pigott-Smith and David Rintoul.