Hochschild, Adam King Leopold's Ghost : A Story of Greed, Terror and Heroism in the Congo

King Leopold's Ghost : A Story of Greed, Terror and Heroism in the Congo 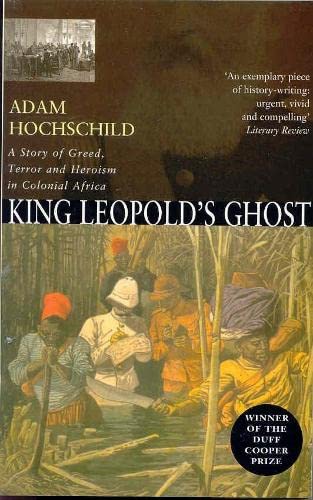 King Leopold of Belgium, writes historian Adam Hochschild in this grim history, did not much care for his native land or his subjects, all of which he dismissed as "small country, small people." Even so, he searched the globe to find a colony for Belgium, frantic that the scramble of other European powers for overseas dominions in Africa and Asia would leave nothing for himself or his people. When he eventually found a suitable location in what would become the Belgian Congo, later known as Zaire and now simply as Congo, Leopold set about establishing a rule of terror that would culminate in the deaths of 4 to 8 million indigenous people, "a death toll," Hochschild writes, "of Holocaust dimensions." Those who survived went to work mining ore or harvesting rubber, yielding a fortune for the Belgian king, who salted away billions of dollars in hidden bank accounts throughout the world. Hochschild's fine book of historical inquiry, which draws heavily on eyewitness accounts of the colonialists' savagery, brings this little-studied episode in European and African history into new light. --Gregory McNamee

Adam Hocshchild is an award-winning author and journalist, who also teaches journalism at the University of California at Berkeley. He is the author of a number of books and currently lives in San Francisco.

1. King Leopold's Ghost : A Story of Greed, Terror, and Heroism in Colonial Africa

2. King Leopold's Ghost : A Story of Greed, Terror and Heroism in the Congo