Items related to Chess skill in man and machine (Texts and monographs... 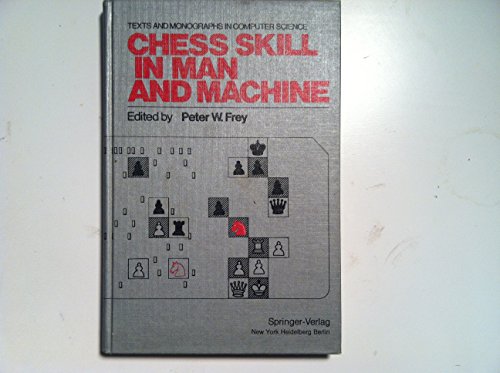 Ten years of intensive effort on computer chess have produced notable progress. Although the background information and technical details that were written in 1975 for the first edition of this book are still valid in most essential points, hardware and software refinements have had a major impact on the effectiveness of these ideas. The current crop of chess machines are performing at unexpectedly high levels. The approach epitomized by the series of programs developed by David Slate and Larry Atkin at Northwestern in the middle 1970s (i. e. , a sophisticated search algorithm using very little chess knowledge) was expected to reach an asymptbtic level of performance no higher than that of a class A player (USCF rating between 1800 and 2000). This perspective was argued quite vigorously by Eliot Hearst in Chapter 8 of the first edition and was held at that time by many chess experts. Subsequent events have clearly demonstrated that the asymptotic performance level for this type of pro­ gram it at least as high as the master level (USCF rating between 2200 and 2400). Current discussions now focus upon whether the earlier reser­ vations were wrong in principle or simply underestimated the asymptote. If there is a real barrier which will prevent this type of program from attaining a world championship level of performance, it is not evident from the steady progress which has been observed during the last decade.