Items related to Applications of Number Theory to Numerical Analysis 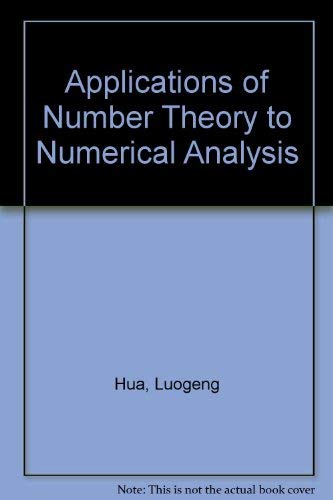 Owing to the developments and applications of computer science, ma­ thematicians began to take a serious interest in the applications of number theory to numerical analysis about twenty years ago. The progress achieved has been both important practically as well as satisfactory from the theoretical view point. It'or example, from the seventeenth century till now, a great deal of effort was made in developing methods for approximating single integrals and there were only a few works on multiple quadrature until the 1950's. But in the past twenty years, a number of new methods have been devised of which the number theoretic method is an effective one. The number theoretic method may be described as follows. We use num­ ber theory to construct a sequence of uniformly distributed sets in the s­ dimensional unit cube G , where s ~ 2. Then we use the sequence to s reduce a difficult analytic problem to an arithmetic problem which may be calculated by computer. For example, we may use the arithmetic mean of the values of integrand in a given uniformly distributed set of G to ap­ s proximate the definite integral over G such that the principal order of the s error term is shown to be of the best possible kind, if the integrand satis­ fies certain conditions.

Book Description Springer-Verlag, 1981. Condition: Good. Former Library book. Shows some signs of wear, and may have some markings on the inside. Seller Inventory # GRP12884160