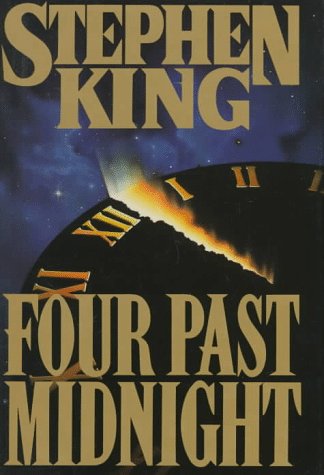 The survivors of a plane crash awake in a nightmare, a writer finds himself at the end of an accusing finger, a businessman struggles to uncover the evil driving him mad, and a ravenous dog inhabits a camera, in a horror quartet

About the Author:
Stephen King is the bestselling author of more than thirty books of which the most recent are THE GIRL WHO LOVED TOM GORDON and HEARTS IN ATLANTIS. He lives with his wife, the novelist Tabitha King, in Bangor, Maine.
From AudioFile:
Stephen King stretches this short story into a novella. A young boy gets a mysterious Polaroid camera that only takes pictures of a mean dog. The magic camera is creating a portal so that the mean dog can come to Earth and eat people. The boy stops him. The end. The book is saved by narrator Tim Sample's relentless efforts to wring suspense from the many scenes that are not suspenseful, just drawn out descriptions of mundane things. Sample speaks urgently at the right times, but sometimes even that--combined with suspenseful music--isn't enough. King's novella would benefit from a brutal editor hacking away the nonessentials. It's one of his lesser works. M.S. © AudioFile 2009, Portland, Maine