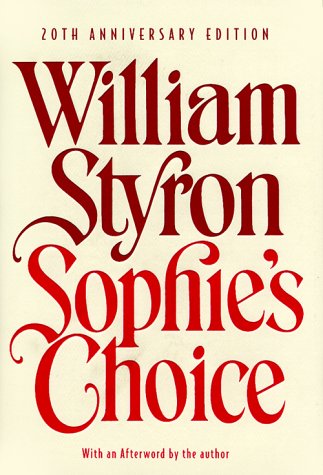 Three stories are told: a young Southerner wants to become a writer; a turbulent love-hate affair between a brilliant Jew and a beautiful Polish woman; and of an awful wound in that woman's past--one that impels both Sophie and Nathan toward destruction.
From the Trade Paperback edition.

Born in Newport News, Virginia, in 1925, William Styron was educated at Duke University. He served in the Marine Corps during the last war, and was recalled to service during the Korean War. After 1952, he lived mainly in Europe, before settling in a rural part of Connecticut. He died in 2006.