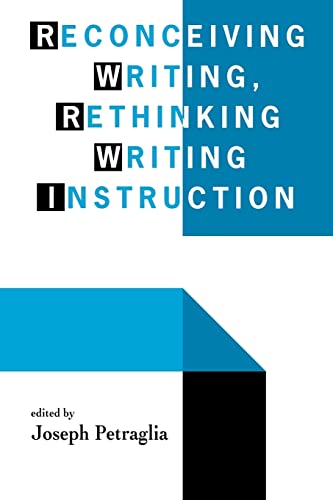 To a degree unknown in practically any other discipline, the pedagogical space afforded composition is the institutional engine that makes possible all other theoretical and research efforts in the field of rhetoric and writing. But composition has recently come under attack from many within the field as fundamentally misguided. Some of these critics have been labelled "New Abolitionists" for their insistence that compulsory first-year writing should be abandoned. Not limiting itself to first-year writing courses, this book extends and modifies calls for abolition by taking a closer look at current theoretical and empirical understandings of what contributors call "general writing skills instruction" (GWSI): the curriculum which an overwhelming majority of writing instructors is paid to teach, that practically every composition textbook is written to support, and the instruction for which English departments are given resources to deliver.

The vulnerability of GWSI is hardly a secret among writing professionals and its intellectual fragility has been felt for years and manifested in several ways:
* in persistently low status of composition as a study both within and outside of English departments;
* in professional journal articles and conference presentations that are growing both in theoretical sophistication and irrelevance to the composition classroom; and
* in the rhetoric and writing field's ever-increasing attention to nontraditional sites of writing behavior.

But, to date, there has been relatively little concerted discussion within the writing field that focuses specifically on the fundamentally awkward relationship of writing theory and writing instruction.

This volume is the first to explicitly focus on the gap in the theory and practice that has emerged as a result of the field's growing professionalization. The essays anthologized offer critiques of GWSI in light of the discipline's growing understanding of the contexts for writing and their rhetorical nature. Writing from a wide range of cognitivist, critical-theoretical, historical, linguistic and philosophical perspectives, contributors call into serious question basic tenets of contemporary writing instruction and provide a forum for articulating a sort of zeitgeist that seems to permeate many writing conferences, but which has, until recently, not found a voice or a name.

This collection, the most thorough and comprehensive study of the abolitionist movement to date, places the abolitionist movement in a historical context, offers several arguments in favor of abolishing compulsory first-year composition, includes a descriptive account of a program that has undertaken the reforms which many of these writers speak, and concludes with a response by Charles Bazerman. The result is an effective theoretical groundwork for implementing Writing Across the Curriculum programs....a groundbreaking collection. It will make those who have easily dismissed composition's detractors sit up and take notice.
—NO SOURCE

Petraglia (Georgia tech) has written an extraordinary book. ...it is uiquely important for his willingness to make implicit and troubling assumptions evident.
—CHOICE