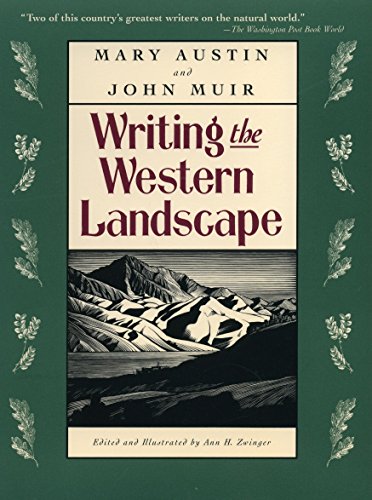 About the Author:
John Muir (1838-1914) was one of the most influential conservationists and nature writers in American history. Founder of the Sierra Club, and its president until his death, Muir was a spirit so free that all he did to prepare for an expedition was to "throw some tea and bread into an old sack and jump the back fence."
From Library Journal:
This Western companion volume to Emerson and Thoreau's Nature & Walking (Beacon, 1991) contains excerpts from works by Austin and Muir, whose response to the characteristic Western terrain is very different from the way the East Coast writers regarded their more settled landscapes. Austin, a prolific novelist, poet, and essayist, reveals her poetic nature even in her nonfictional accounts of the American Southwest. To her, all nature is animate, almost human. Muir, the founder of the Sierra Club, is also a memorable writer on such natural subjects as the Grand Canyon and Alaska. The appeal of these writers' style, the specificity and knowledge with which they portray the Western landscape, and care with which editor Zwinger, herself a nature writer and illustrator, has introduced and edited the selections make this work a necessary additon to American readers' knowledge of the western United States.
Marie L. Lally, Alabama Sch. of Mathematics and Science, Mobile
Copyright 1994 Reed Business Information, Inc.

Shipping: US$ 12.21
From United Kingdom to U.S.A.
Destination, rates & speeds