Items related to The Upanishads 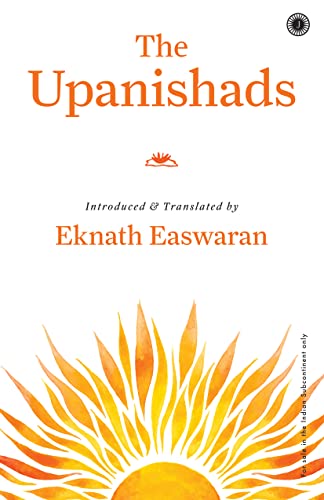 The Upanishads are the sages' wisdom, given in intense sessions of spiritual instruction in ashrams, in family gatherings, in a royal court, in the kingdom of Death himself. And Eas waran shows how these teachings are just as revelant to us now as they ever were centuries ago.

Review:
Formerly a professor of Victorian literature, Eknath Easwaran discovered the treasures of wisdom in his own native India and began to pursue them with a passion. He has since studied them, practised them, and shared them with the Western world. In his translation of The Upanishads, the font of Indian spirituality, Easwaran delights us with a readable rendition of one of the most difficult texts of all religious traditions. Each Upanishad is a lyrical statement on the deeper truths of mysticism, from the different levels of awareness to cultivation of love for God. There's one twist, though, for ultimately a devoted meditator realises that God and the world are not separate from oneself. Then the ultimate goal becomes to reunite with the universal Self, achieving the infinite joy that accompanies such union. Easwaran recruits Michael Nagler to contribute notes to the translation and a lengthy afterword, which together with introductions to each Upanishad, guide us well through this strange and fruitful landscape. --Brian Bruya

Shipping: US$ 7.77
From United Kingdom to U.S.A.
Destination, rates & speeds