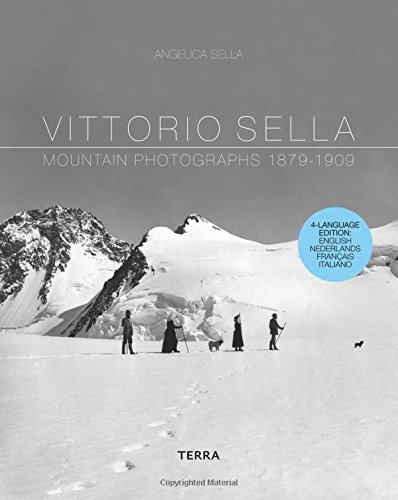 The volume, realized in close collaboration with the Sella Foundation, gathers the photos taken by legendary Vittorio Sella at the turn of the last century while on expeditions to the world's highest mountaintops. In the words of Ansel Adams, Sella's strikingly elegant photographs revealed [the mountains] in all their sheer majesty. Even today climbers still use Sella's photographs to map out routes and to gain a fuller appreciation of the challenges that lie ahead. In addition to documenting important scientific expeditions, the photos have a considerable artistic value, recognized internationally; they are exhibited in the world's leading museums.

Text in English, Dutch and French.

Vittorio Sella (28 August 1859-12 August 1943) was an Italian photographer and mountaineer, who took photographs of mountains which are regarded as some of the finest ever made.