Items related to As I walked out one midsummer morning

Lee, Laurie As I walked out one midsummer morning

As I walked out one midsummer morning 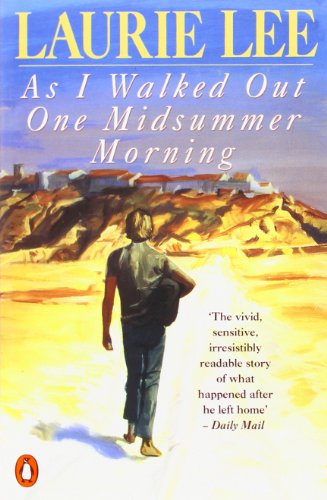 It was 1934 and a young man walked to London from the security of the Cotswolds to make his fortune. He was to live by playing the violin and by labouring on a London building site. Then, knowing one Spanish phrase, he decided to see Spain. For a year he tramped through a country in which the signs of impending civil war were clearly visible. Thirty years later Laurie Lee captured the atmosphere of the Spain he saw with all the freshness and beauty of a young man's vision, creating a lyrical and lucid picture of the beautiful and violent country that was to involve him inextricably.

Laurie Lee has written some of the best-loved travel books in the English language. Born in Stroud, Gloucestershire, in 1914, he was educated at Slad village school and Stroud Central School. At the age of nineteen he walked to London and then travelled on foot through Spain, where he was trapped by the outbreak of the Civil War. He later returned by crossing the Pyrenees, as he recounted in A Moment of War. Laurie Lee published four collections of poems: The Sun My Monument (1944), The Bloom of Candles (1947), My Many-Coated Man (1955) and Pocket Poems (1960). His other works include The Voyage of Magellan (1948), The Firstborn (1964), I Can't Stay Long (1975), and Two Women (1983). He also wrote three bestselling volumes of autobiography: Cider with Rosie (1959), which has sold over six million copies worldwide, As I Walked Out One Midsummer Morning (1969) and A Moment of War (1991).

A beautiful piece of writing * Observer * The vivid sensitive, irresistibly readable story of what happened after he left home * Daily Mail * A poet's book * Sunday Times * He writes like an angel and conveys the pride and vitality of the humblest Spanish life with unfailing sharpness, zest and humour * Sunday Times * There's a formidable, instant charm in the writing that genuinely makes it difficult to put the book down * New Statesman *

As I walked out one midsummer morning