Items related to Red Rackham's Treasure (The Adventures of Tintin) 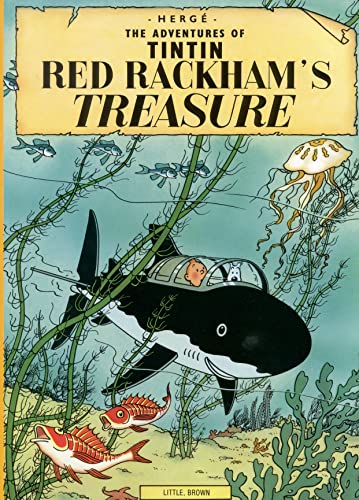 The classic graphic novel. Tintin and Captain Haddock set sail aboard the Sirius to find the sunken remains of the Unicorn ship and notorious pirate Red Rackham's treasure.

Concluding the story begun in The Secret of the Unicorn, Red Rackham's Treasure follows Tintin and friends as they search for the pirate booty procured by Captain Haddock's ancestor, Sir Francis Haddock, in the West Indies. They receive some unexpected help in the form of a hard-of-hearing inventor named Professor Calculus, who would go on to become one of the most endearing characters of the series. (Herge admitted that the character was one "whom I never suspected would take on such importance.") It's a lot of fun, with some submarine and diving adventures, humor from the Thompsons, and an unexpected (but satisfying) ending. --David Horiuchi

Hergé, one of the most famous Belgians in the world, was a comics writer and artist. The internationally successful Adventures of Tintin are his most well-known and beloved works. They have been translated into 38 different languages and have inspired such legends as Andy Warhol and Roy Lichtenstein. He wrote and illustrated for The Adventures of Tintin until his death in 1983.

The Adventures of Tintin: Red Rackham's Treasure (Paperback or Softback)