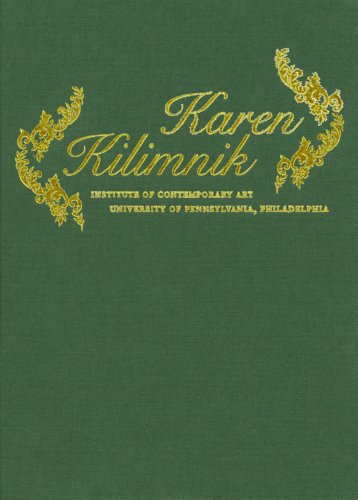 Published on the occasion of the first major museum survey of Karen Kilimnik's work, a traveling exhibition with stops in Philadelphia, Miami, Aspen and Chicago, this chic but scholarly catalogue is the most substantial on the artist to date. It highlights an important American artist whose work objectifies mass-cultural desire with glittering poignancy and includes a nuanced selection of 15 years worth of collage-based activity in the realms of painting, drawing, photography, sculptural installation and object-making, as well as new work. Fully illustrated at 180 pages, it features an essay by exhibition curator Ingrid Schaffner which analyzes the development of the artist's work and its historic contexts as well as four contributions from authors who address a theme or image within the work. Thus, cultural critic Wayne Koestenbaum addresses gossip; dance historian Joel Lobenthal writes on ballet; Associate Curator at the Museum of Contemporary Art Chicago, Dominic Molon, focuses on influence; and Artforum Senior Editor Scott Rothkopf considers Kilimnik's titles. Includes a complete bibliography and an illustrated exhibition chronology.
Called "sharp and witty" and "long overdue" for major recognition by The New York Times' Holland Cotter, Kilimnik is an important international artist with an extensive publication and exhibition history. Born in Philadelphia in 1955, she studied architecture at Temple University and continues to live in the region. Since 1991, her work has been represented by 303 Gallery in New York. She has had recent solo exhibitions at the Museum of Modern Art, Ireland, and White Cube, London. In 1992, ICA Philadelphia presented Kilimnik's first museum show as part of its "Investigations" series.