Items related to The Song Of Achilles

The Song Of Achilles

The Song Of Achilles 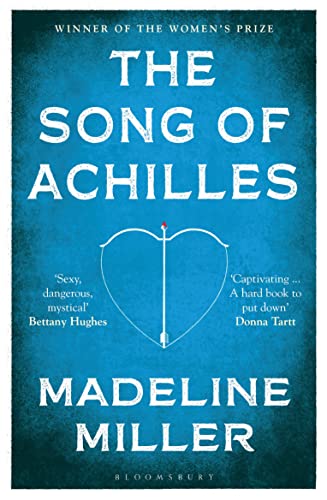 1. The Song of Achilles

Book Description Bloomsbury Publishing PLC, United Kingdom, 2017. Paperback. Condition: New. Lim. ed. Language: English. Brand new Book. A beautiful new limited edition paperback of The Song of Achilles, published as part of the Bloomsbury Modern Classics listThe god touches his finger to the arrow's fletching. Then he breathes, a puff of air - as if to send dandelions flying, to push toy boats over water. And the arrow flies, straight and silent, in a curving, downward arc towards Achilles' back.Greece in the age of heroes. Patroclus, an awkward young prince, has been exiled to the court of King Peleus and his perfect son Achilles. Despite their differences, the boys develop a tender friendship, a bond which blossoms into something deeper as they grow into young men. But when Helen of Sparta is kidnapped, Achilles is dispatched to distant Troy to fulfil his destiny. Torn between love and fear for his friend, Patroclus follows, little knowing that the years that follow will test everything they hold dear. Seller Inventory # AA79781408891384

3. The Song of Achilles

Book Description 2017. Paperback. Condition: New. Paperback. A beautiful new limited edition paperback of The Song of Achilles, published as part of the Bloomsbury Modern Classics listThe god touches his finger to the arrow's fletching. Then he brea.Shipping may be from multiple locations in the US or from the UK, depending on stock availability. 368 pages. 0.360. Seller Inventory # 9781408891384