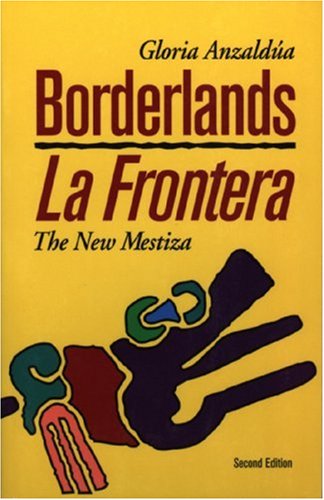 Experimental, inventive, provocative and above all visionary, Gloria Anzaldúa's work is widely recognized among scholars of Chicano/Latino, Gay and Lesbian, Women's, Postcolonial, Ethnic and Cultural Studies as a foundational elaboration of the politics and poetics of cultural hybridity. Both Borderlands/La Frontera and Making Face/Making Soul: Haciendo Caras are all about understanding the complex and competing social, political and cultural forces that shape-sometimes quite brutally-the experiences of women of color in the U.S., and they are all about taking that understanding and mobilizing it toward creative and revisionary efforts for making social change.

"Anzaldúa's voyage of discovery, focused on the border and the new mestiza, is a preparation for the future. The border is a bundle of contradictions and ambiguities... This hybrid crossroads is just the right kind of training ground. It is fertile area for mutations and transformations. In Borderlands/ La Frontera, Gloria Anzaldúa is our guide with an all-encompassing vision to charge the border with meaning."-The Americas Review

"[She] explores in prose and poetry the murky, precarious existence of those living on the frontier between cultures and languages. . . .she meditates on the conditions of Chicanos in Anglo culture, women in Hispanic culture, and lesbians in the straight world. ...a powerful document."-Library Journal

"Anzaldúa's vision encompasses spiritual and experiential aspects of female power, as well as the day-to-day courage and struggle that has characterized Chicano survival."-The San Francisco Chronicle

Gloria Anzaldúa was a Chicana-tejana-lesbian-feminist poet, theorist, and fiction writer from south Texas. She was the editor of the critical anthology MAKING FACE, MAKING SOUL/HACIENDO CARAS: CREATIVE AND CRITICAL PERSPECTIVES BY FEMINISTS OF COLOR (Aunt Lute Books, 1990), co-editor of This Bridge Called My Back: Writings by Radical Women of Color, and winner of the Before Columbus Foundation American Book Award. She taught creative writing, Chicano studies, and feminist studies at University of Texas, San Francisco State University, Vermont College of Norwich University, and University of California Santa Cruz. Anzaldúa passed away in 2004 and was honored around the world for shedding visionary light on the Chicana experience by receiving the National Association for Chicano Studies Scholar Award in 2005. Gloria was also posthumously awarded her doctoral degree in literature from the University of California, Santa Cruz. A number of scholarships and book awards, including the Anzaldúa Scholar Activist Award and the Gloria E. Anzaldúa Award for Independent Scholars, are awarded in her name every year.